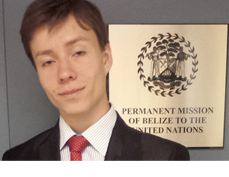 What is the world?
Is it the earth?
Is it us?
Is it both?
Or is it more?
Much more?
You’re right.
And what are we?
If you don’t know,
you’re right again.
But, what if you do know?

However, being right or wrong is of no useful consequence if we’re going to fight about it, kill each other over it, and kill others, mainly kill others, because those who start wars are usually into killing others or pushing them into killing each other, or contriving things so others die through no apparent aggression, by means of starvation or whatever, as long as it kills, abolishes, annihilates, destroys, or renders others powerless.


And while they’re killing or doing their best,
but not enough,

to keep others from dying,
they claim
they’re doing the right thing because
they’re right and others wrong….


But killing and submitting,
one way or the other,
has got to be wrong.


We must survive, yes, but through international cooperation and peaceful means.

It can be done.
The world is wonderful,
but full of wrongdoings,
and of ‘right-doers.’


So what’s the way out of this vicious circle?

Millions of us think the way out is to act jointly, now, persistently, at an organized world level. And we think there are multiple issues at play, other than the ones mentioned above, that require thoughtful, concerted efforts, appropriate, short-term and long-term goals, and proactive collaboration.

The United Nations goes back to 1945, right after World War 2, when everyone, everywhere, was really shaken up. It was created with the aim of getting all the member countries to take joint decisions and actions on all kinds of issues that can go from assisting a child with a terminal illness, aiding impoverished communities, safeguarding cultural treasures and ecological reserves, as well as preventing environmental depletion to deploying UN peacekeeping troops.

Human beings, by nature, collaborate, and struggle with each other in a never-ending process. They also belong to groups that show similar behaviors, and to conglomerates with ties and conflicts with each other. What is useful is a regulatory entity that can peacefully organize joint collaboration, pacifically moderate conflicts between nations, and, when absolutely necessary, authoritatively demand compliance, and even wield power to take action and impose states of affairs that have been carefully considered and agreed on by a representative world majority.

It is true that the UN has many shortcomings and that it has failed in many ways and on many issues. However, it has done wonders on multiple fronts, and we must take into account that, considering humanity’s age, it is but a newborn organization that will go on to develop healthily if we inject the spirit of our informed and uplifted youth into it.


Only with a fresh and new vision
can stale and old wrongs
be transformed,
and modern-day bewildering issues,
properly confronted.

Here is where Model United Nations organizations come in handy. HSMUN stands for National High School Model United Nations. It is an initiative that has the aim of providing high school students with the opportunity of learning, and actually experiencing, what the UN is all about, as well as of motivating and providing them with a fertile training ground to play leading roles in the organization, or in the UN itself, someday, as well as in their everyday and professional lives. NHSMUN welcomes participants from all over the world. In fact, to this year’s event almost 300 schools from all over the world were present. Williams School chose to participate in this organization’s events due to its professionalism, organizational capacity, security, and academic excellence. So far, we have taken part in four of these events. This year’s students were Ana Paula Ganem, Iker Jarquín, Oscar Monroy, Kurt Pluemer, and Roberto Ramírez.

The Process and its Usefulness

There are many angles to the beauty and usefulness of Model United Nations exercises. On this occasion, we will mention a few that are of concern to the Williams School community.

Preparing for this model united nations convention is a trying process because it requires that each participating student do demanding individual and collective work. Each school sends a group of students, who from the moment they sign up are considered "delegates," and the group as a whole is "the delegation" of a given country. As a rule, no group of students represents its own country, and countries are assigned to schools by the organizers. Each student must prepare a high quality paper. They also have to prepare a very brief oral summary of their papers, as well as practice their verbal delivery and debating skills.

Writing a paper for this conference is an arduous and complex process. The NHSMUN guides that are provided to help with this process, though very clear and to the point, are lengthy if we consider their density; still they must be studied and revisited frequently to corroborate specific points. Very strict standards must be met, mostly qualitative, and time constraints complicate matters more. Nevertheless, the students must take their paper through different stages of refinement. Going through this experience is quite educative in itself. Of course, prior to and during the writing process, the students receive enormous interdisciplinary support organized by the English Department, which comes from the Williams’s staff as well as from other sources, including the country’s embassy or consulate.

Though it may be that language and thought are in many ways independent of each other, undoubtedly they are intimately intertwined in many others. Every human being has the capacity to identify, describe, clarify, synthesize, and analyze real life happenings, as well as to bring themselves to elevated reasoning, argumentation, and persuasiveness from his or her point of view, with certain levels of certainty regarding the issue at hand. But when many individuals come together and study the same issue collaboratively, from all their points of view, confer, deliberate, propose, and come to agreements regarding actions and solutions, the result promises much higher degrees of certainty.

When the Williams School authorities decide to embark on an NHSMUN project, they do so wholeheartedly and for no other reason then to reach the socio-ethical pinnacle of the thought-language realm, a challenge that requires enormous academic and material resources, a feat that yields growth in our students, cultural, academic, and intellectual, as well as in terms of real life experience and emotional maturity.

When students and their parents decide to take on the challenge of preparing for the event and of traveling to New York to culminate the process, they are willing to make tremendous proactive efforts as well as to sacrifice many hours of their leisure time to invest them in the difficult work that is required, and they must also keep up with their other academic responsibilities. It is a taxing process because it is long and toilsome, as well as with lots of ups and downs, all of which bring change and growth.

If we are very good at writing, we become better at it.

Maybe we are reserved and do not speak much. Then, we manage to make the better of these two qualities and learn to speak modestly and briefly, but with punch.

Or, maybe we think we’re real hot and are the kind of person who can’t keep quiet or stay focused or listen to others. Well, no guarantees in this case, but most probably, we’ll end up with a humbler and truer measure of ourselves, and rather than acting hot, we’ll simply be ourselves –nothing hotter than that – and we’ll learn to keep our eyes fixed on the issue, its context, background, and implications, our ears on the information, facts, and arguments, and our choice of words, tops.

Not surprised when we were told that upon arrival to the New York Hilton Hotel, the convention’s venue, and that every moment thereafter, the Williams School students performed magnificently, mingling with peers from all over the world, with small talk as well as with elevated discussion.

Being in New York, whether for the first or nth time, is of course a plus, but being there with people of the likes of Quique and Ms Rosario Alva is a chance of a lifetime because of their New York street smarts and connoisseur choices, as attested by the wonderful program they drew up (which see) as well as by the fascination the students experience there in NY and the indelible after-effects that shine on their persons from then on. The Williams School students are not just taken to visit the Museum of Modern Art, the Guggenheim, Times Square, Ground Zero, Broadway and other places only Q and Ms RA know of, they see through and beyond it all, with their own eyes and selves, as is intended, but coupled to the observational and reporting tasks that were crafted by Quique, our Academic Coordinator, and Ms Rosario Alva, Head of the Language Department, full of real deep, philosophic, personal, and social awareness undertones and highlights. Just go on and read all the accounts that follow.