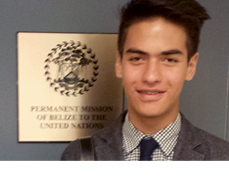 The water rumbles, that is true. It originates silently at the root of the fountain, recycling, going up and
back down the roaring falls. However, what makes this roar intriguing is that it is a nostalgic moan.

Nothing matters. There is nothing that can keep Ground Zero from removing you from the present. Water:
it is the vehicle. Machine: time machine. Those who are there, aren’t, for their mind has lifted them away
by uncountable reminiscences, jewels and pearls from the past. If not, it is meditations, gems of an ideal, non-existent world. If their nature is to procrastinate, it is the future, jewels and pearls of what will never happen. From where I stood, what I saw was the unification of the world. During the late 20th century, the postmodern concept of the fragmented world was the philosophic vogue. But then a couple of airplanes piloted by men —who shouldn’t have been there— from a forgotten fragment of the world crashed against a pair of towers, western economy temples. If we believe in synchronicity, we may consider this event a kind of manifestation of the cultural clash that contextualized it. It is, then, a major event of recent history. West is having fun when East comes and says, “Hey, here I am.” After that, there is friction.

During my time alone in New York, I decided to halt this written reflection.

STEPPING ON THE LAND OF THE FREE

When you arrive to ‘America’ it seems like even urban furnishings are meant to smell like freedom. The air is not thick, but it is this thinness what brings you to focus on it this way, with this particular criterion. Though I could find the most eccentric shapes with my eyes, they could only crawl within a square. This way, everything was compacted in dense boxes with no exit. What do I mean? I mean that even diversity paradoxically tends to group itself, so don’t come and tell me you’re free! Not because of that. Nowadays, freedom is contained in choice. You are free (for example and most remarkably) to buy whatever you want. Maybe consume is a better word, isn’t it? Well, yes, I think so. Freedom of consumption finds its highest point in New York.

Times Square is the temple. Long ago there were churches. Now there are supermarkets. Praised be the Rock(efeller). We know it but we don’t believe in the devil in it, a tiny little devil bigger than anything good. If you’re standing in Times Square, you’re standing much higher than on the Everest! Oh, New York, what are the marvels of nature compared to your churches and Wall Street? Stagnation, dusty nature.

Now, I look around. What do I see? FREEEDOM! Yes, it’s everywhere, and thus I can be whatever I want. At least that’s what everything shouts out: the ads, the screens, the wind hitting the buildings, and the darkness of night stomping on the concrete.

Oh, America! How can you be so free? But are you free if your freedom is also made in China, in Bangladesh, in dark factories forgotten by the eyes of people’s consciences? What would you be without it? Sorry, I can’t fear you.

Let’s see, what can I buy? Maybe a horrible hat at the Hard Rock Café, a hat in the street, a tour, added value, air… Who knows? Who cares? What matters is that I’m here, and that I’m here to BUY. There are so many things to buy and so little time! Life is not enough, as nothing is ever. Oh, I want much MORE… IT’S NEVER OVER! It’s so ironical that I’m writing this in English, this uncultured and laconic language which I hate so much. Pero dígame, usted, ¿qué pasa si me pongo a escribir como me gusta? ¡Que viva la libertad del lenguaje, que es realmente una libertad! ¡Que viva la libertad del uso del tiempo! ¿Es esto una especie de levantamiento en papel? ¡No seamos ridículos! Este papel es frágil. El papel se pudre. Yo me muero.

Just a few days ago, I wrote this short story, which I could consider the worst of all the short stories I’ve ever written. But what I love about it is its location, the origin, this hall full of Tibetan art, this “_______________________ in his Paradise”. This particular painting showed me the world.

It looked terrible as a whole. It was ugly, saturated with figures. It hurt my eyes. That’s when I decided to look closer. Then I noticed. Every figure was perfectly drawn. The inked edges were just like the ones that keep our essence together in the metaphysical reality some of us agree to live in. Individual figures were way too complex; the complete painting seemed pointless. A gigantic bunch of monks, praying on each side, some dancers here, others there. What is wrong with that?

Lost in the daze caused by the saturation of the painting, we can’t do a thing other than turn away. And then we lose the complexity of all those individual figures. Well, what can we do? Sounds like real life…

NOBODY CARES for the complexity of individuals.

And I’m not blaming anyone. It’s just that we can’t help it, I know, but we must be aware. I wanted to point this out because it seems important for me. No need to explain that, after all I’ve said. Reasons are always there. It’s just that we are afraid of falling into the limbo of the ineffable. We take that fear and turn it into a hook to get ourselves out of there. Then greed for words appears, shaped as an asking mouth. It is funny how those of us who write know what terrible wrong we are doing but still keep on doing it. I mean, what else could we do? We won’t stop writing, even though there are a mi-, bi-, trillion other things to do.

And they may all be seen, found, or predicted… (time’s expensive)…

If there is one thing in Times Square, it is CHOICE.

I can just step forward, look around, and decide which café I like the most or what shop will give me something to buy. I have a wallet. It has money. Something tells me I mustn’t. The problem is that gap in the middle, where a choice hasn’t been made, but options have been presented. There, it’s easy, as time or hunger will push me into making a decision about where to eat and so on, but when it’s about other kinds of choices, we might get frozen, passive, inactive. Choices, so-called liberty, freeze us. This works perfectly. What should be discussed is what people keep quiet. They’re so busy choosing for themselves, they can’t choose for society.