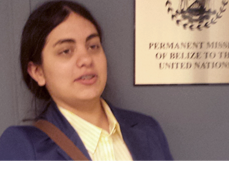 I will start with my general impressions of the wonderful week I spent in New York City.

I had always wanted to go to New York, and I got the chance to do so very recently. Five schoolmates and I decided to sign up to a project with the school that would eventually take us to New York, but I´ll go into
that later. First, I wish to speak of the city of New York.

Our stay in New York was a truly amazing week. I made discoveries about things and myself that I did not know were possible.

There is a fusion of cultures that spill their seeds in the city; it is, after all, the most multicultural city in the world.

You have, on the one hand, the theater, the museums, the architecture and, on the other, you get street performers, musicals, stores, and bartenders with drumming abilities.

Wonderful also is the contrast between very old things, old buildings, old art and the most modern stuff, the lights of Broadway and the glass buildings. And thanks to this contrast, there is a uniqueness and essence that is born there and is purely New Yorkish, something impossible to find in most places of the world, and though it may be found, it must be stronger in New York.

I had a lot of time to explore some parts of the city, and everywhere I went, the stark contrasts hit me like nothing else, so sharp were the differences, so smooth their fusion, complements of each other creating beautiful lifestyles and individualities. I could see it in the food I ate, the places I went to, the theaters I experienced, the museums, the people… especially in the people.

It has its own magic and beauty, something that has became the very soul of the city itself, that underlies it from deep within its roots.

I simply love it. I love how I chill just by being in New York and by observing the city. I loved all the lights on Broadway at night. I loved the walks on snow-covered Central Park. I loved the museums and their exhibitions, and the Broadway musicals.

There is a shine in the city that nobody can deny. It is magical and beautiful and somewhat terrifying.

Of course, there is more to it than what we were able to experience in one week, in a small part of a very big city. Still you can really go deep inside what is available, visiting and moving here and there.

Uh, yeah, we also went to an NHSMUN event (which is a UN-like model for high schools) in which you represent a country... This is perhaps the most important reason for bringing all this trip up, and it is also the motive behind the trip itself. We did a little research about the issues that concern today’s world: security, legality, and processes that are right or wrong in all four corners of the world.

As we went further into these issues, we managed to find out what the problems really were, where the roots lay, and what other countries’ points of view were. Not everybody has the same way of seeing life and of thinking, and that’s what you come to realize once you’re there.

You also get to propose solutions and actions to the problems that affect the world. You get to have a say in the action.

In the end, of course, we have to come up with resolutions to fix the issues.